Today we have released the Beta 3 version of The Welkin Suite with supported merge tools, the extended list of available metadata components, code coverage panel, and lots of other minor improvements and bugfixes. Let's go through the new features in more detail.

When multiple developers are simultaneously working on the same development org or sandbox and are changing the same file, they have problems building their changes from their IDE's – the first developer gets everything built without any problem, while the second developer will overwrite the previous changes or will lose his own. In order to resolve this problem it is common in Salesforce world for developers to save their own changes somewhere else, refresh the file(s) from Salesforce and "merge" them manually.

The Welkin Suite offers an improved way to handle such cases without the unneeded actions of using external merge tools and automated conflicts detection. The implemented process looks like this: 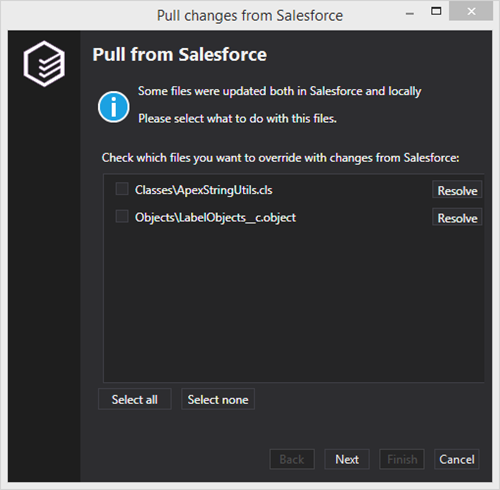 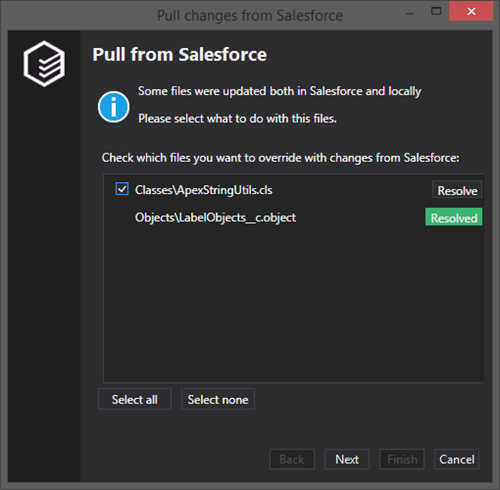 Let us know ifyouwantother merge tool to be supported out-of-the-box.

While Salesforce offers great Setup options directly in the browser - it sometimes makes more sense to edit different metadata components in the IDE while writing the code. Starting from Beta 3, The Welkin Suite supports additional metadata components and allows developers to choose which components should be included in the project and which should be skipped. 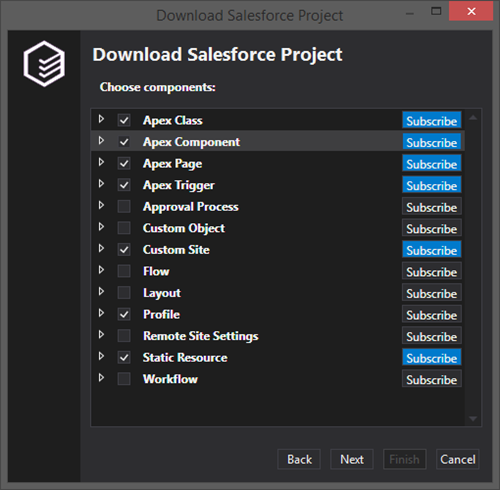 Tools for unit testing have been improved for 2 versions in a row now – an additional Code Coverage panel has been added to The Welkin Suite IDE. It shows the code coverage with tests for all the classes/triggers in the organization - this allows developers to focus their attention on improving tests for classes that don't have enough code coverage.

If you’d like to look through some of the other great features that we’ve built for you please visit Features section.
Take the first step in making your development more comfortable and productive with The Welkin Suite IDE. Or even make it better yourself by letting us know what features you'd like to see, and we'll add them to our plan. Just drop us few words in our forum.