We are still very busy with the many awesome suggestions for new and improved features for Salesforce admins and developers, and we are still hard at work analyzing them and thinking about a roadmap for the next months

At the same time we are doing that, our development team is building a foundation for this new functionality, as well as filling in some gaps in the functionality that was requested a while ago, and improving the stability of the IDE.

So now, it is time to meet the Managed Packages support in The Welkin Suite Bloom R12! 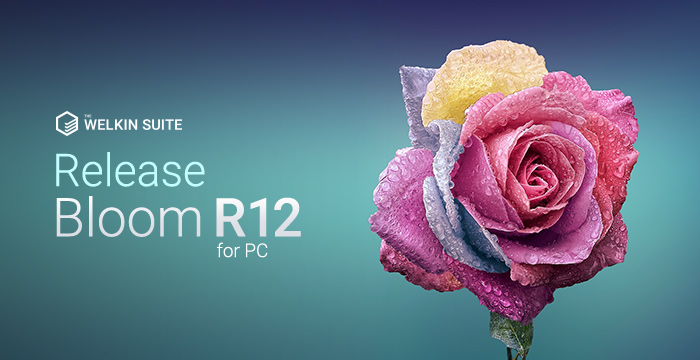 You can find out the details of the managed packages support and information about other changes in this updated version of the IDE below.

One of the most-requested features that was in our backlog for a while, was the implementation of the Managed Packages support in the IDE. So starting from The Welkin Suite Bloom R12, it will be much easier for you to configure and develop your custom functionality in an organization that has installed packages from the AppExchange. Let's see this in more details. 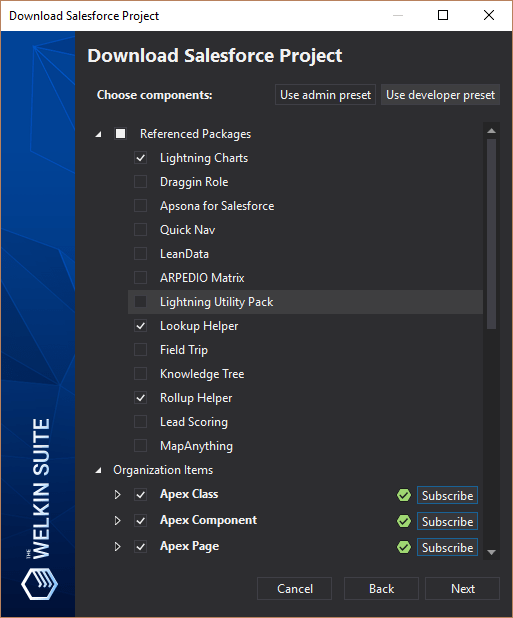 It doesn't matter if you already have a TWS project, or if you're creating a new one - you are able to select what managed packages should be included into the project: 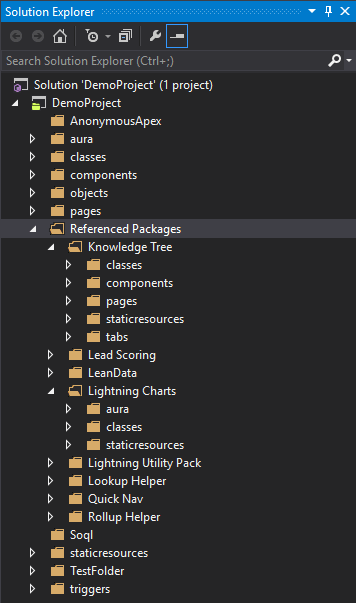 We want to draw your attention that if in some your managed package there are metadata types that the IDE doesn't currently support - we will skip these files, and if a managed package contains only such files - you will see a notification that this package couldn't be added to your TWS project since no files are supported.

Get access to your Managed Packages in #Salesforce IDE for #SalesforceDevs and #AwesomeAdmins!

When managed packages are included into the project, the IDE will download all the available information about them and it will store them in the 'Referenced Packages' folder alongside the 'src' folder for a project. You might have already expected that there won't be any Apex code, or any other information that is not available outside of the managed package itself, however you will be able to see the interfaces for global classes.

As you might have been thinking, one of the main benefits of having managed packages references as a part of your TWS project, is that any additional information from this, is now available in the Apex Code Completion:

At the same time, sObjects and fields from installed managed packages will also be available for you in the following places:

I can check the Field-Level Security settings for my sObjects from a Managed Package in @TheWelkinSuite IDE! #Salesforce #AweosmeAdmins

In the main entry point for all sObjects modifications - sObjects inspector, you will also start seeing all fields included with managed packages, so you'll be able to do most of the declarative development tasks, that are available for your regular objects and fields.

We are sure that all these changes will boost your performance, when dealing with managed packages on your organizations!

As for improving the stability of the IDE that we have mentioned at the beginning of this article, we have work on different parts of the IDE's functionality.

First of all, in a frame of our current approach in improving the code assistance functionality, we have changed the mechanism of SOQL code completion in the Apex Editor - after these changes, there will now be more useful and suitable suggestions appearing, according to the current context of your coding.

The next changes are related to the PMD functionality that helps you to keep good, clean code in your project. Now you can see the list of all the PMD errors and warnings after a PMD scan, not only in the PMD report, but also in the Error list. In the same way, as usual, you can disable the displaying of warnings, and track the most critical issues that should be fixed in the code. Also in the frame of working on this, our developers have solved the issue when an incorrect line was highlighted in the code editor, when you were navigated to a PMD error.

Beginning from the Bloom R12 version of the IDE, you will also see Fatal errors in the list of the visible information in your Salesforce log file, after using the 'Show Only Error Messages' filter in the Log Viewer. So now you can get more fluent information when working on debugging your logs.

One more thing as for the code completion functionality - we have fixed the issue when this was absent in Anonymous Apex files, and errors appeared when you caused the list of suggestions.

Well, that kinda wraps up yet another useful release, but with the new year/holiday season coming soon, there can be no slowing down with all that 2018 will surely be pushing in front of it. So we as always, kindly ask you to share any feedback with us, and especially please keep the ideas and thoughts coming about any ways that we can make your Salesforce Admin and Development task easier.

The Welkin Suite
Developer friendly Salesforce IDE
Try Now For Free
Deploy with confidence and see your Visualforce pages in The Welkin Suite Bloom R14 Previous
Shell and performance updates, and lots of fixes in the Blaze R7 Next