Shell and performance updates, and lots of fixes in the Blaze R7

Hope you've had a great rest after Dreamforce this year — no matter if you were there or if you just watched it in social media it was great and enjoyable, however, a rest is surely needed after such a cool event! Even with that said, at the same time our team was working on a new version of The Welkin Suite for Mac — this time it's not packed with awesome new features, but instead it's full of new improvements and fixes all throughout the application!

It'll be a challenge to describe all of them, so we won't go so deep, but we'll highlight the most significant changes — take a look on what waits for you in the Blaze R7! 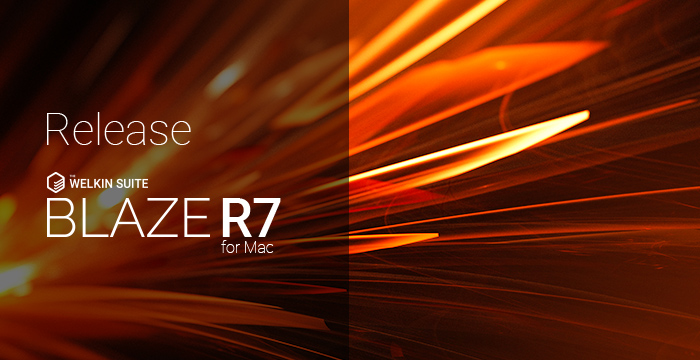 Updated version of the MonoDevelop shell

As you might already know The Welkin Suite for Mac is based on top of the MonoDevelop shell (or it is called 'Visual Studio for Mac' now). So today we're bringing you an update to the next major version of the shell - from 6.0.2 to the 7.2.2 version! There are so many changes, fixes, and improvements in the shell, that this update will impact all users of The Welkin Suite, no matter what you are doing in the IDE.

For example, a lot of changes are related to the overall performance:

but there are a whole lot more fixes in this new version of the MonoDevelop shell — mostly different cases of exceptions and crashes are fixed, so this will be a significant input into The Welkin Suite's overall stability!

Also, there are a lot of small visual changes in the IDE — colors match better, controls are looking smoother, and so on.

Changes related to the PMD functionality

PMD, being an awesome tool for Apex code analysis, is great for increasing the quality of your code as well as its readability, thus reducing your time and efforts to maintain and extend it in the future. 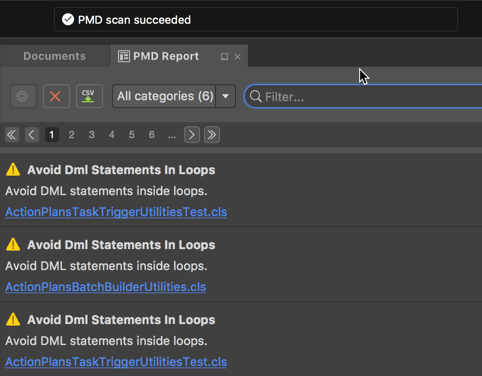 Built-in PMD analysis has been present in The Welkin Suite for a while, however, there are a couple small fixes that are included in the new version of the IDE. Previously your global PMD settings were completely ignored after you applied the per-project settings and then removed these settings for a project. Now you can safely configure PMD per-project, or globally, and be sure that even if you'd decide to rollback to the global changes — they'll work. Also, from now on the 'Scan with PDM' option in the project options, or in the context menu will be grayed out if the ruleset file is not available, using the given path from the configuration.

Other changes and fixes

In this version of the IDE, we have updated the recently-introduced SOQL completion in Apex editor. With the latest changes in this functionality, you should get only the applicable suggestions in the list when typing in SOQL queries in Apex — the code completion takes into account the query context, so it will be easier to write queries directly in the Apex editor.

Also, one of the very handy updates in this release is the ability to run multiple instances of The Welkin Suite at the same time, so if you're overloaded with lots of different projects — you can work with all of them at the same time in different solutions.

Even more, thanks to our great users, we were able to narrow down and resolve the issue with the Pull process related to the download of static resources in different cases. Due to this issue, it was impossible to download static resource because of an error, or because the pull process never ended. Another change is related to the 'Project metadata components' wizard, and to the pull process — our team has significantly increased the performance of the metadata deletion from the project, so now the IDE won't hang during this process anymore. Then we have also fixed a small typo in the Pull wizard, but not sure if it will affect your Salesforce development performance.

Another performance and freeze-related fix was done for the Debug Logs viewer when dealing with log files that were close to the 2MB limit — we've optimized the process of downloading and opening such logs, so it should happen much faster from now on.

If you're developing with Apex, you've definitely seen syntax errors, highlighted by the IDE, however, they were a bit misaligned — it always underlined the line above the actual mistake. Now we've got rid of that "-1" in our code, so you'll see the correct syntax errors highlighting in The Welkin Suite's apex editor.

We have also fixed an issue related to the SalesforceDX project — sometimes it was not possible to build your changes, however, we have fixed this issue. By the way, don't miss our 'SalesforceDX support in The Welkin Suite Blaze' webinar (or it's recording) — it's a great and fast way to start your SFDX journey in the IDE. Sign up for the webinar!

We won't describe these in details, but we have fixed about 10 different situations where the IDE might have crashed previously — we hope that you haven't experienced this, so it shouldn't be interesting for you

You can see the full list of changes and fixes below.