How to Make Sure You Are Using the Right Development Tool?

Workforce productivity is hardly possible without the right tool. Manufacturing plants use various types of equipment to create a single hard drive, doctors use hundreds of different tools for the smallest operations (try paying attention to your dentist sometime), and all in all, no chef will choose to cook spaghetti in a teapot. As much as we would like to assemble everything using a single screwdriver, modern technological advancement suggests that best results can only be achieved if you pack your toolbox with every kind of specific highly-efficient tools. Software development is no exclusion, especially if you are developing for Salesforce. 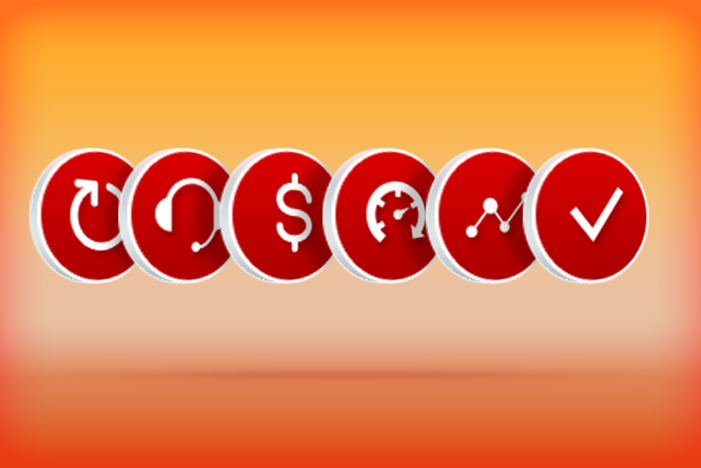 Prospects for Vendors of Development Software

The report suggests that between 2014 and 2016, the Public Cloud Computing market has increased from $57B to $86B, and it is expected to reach $128В by 2018. As a result, the number of IT specialists involved in this market has also grown. This means that to address a client’s requirements the best way possible, the companies that provide professional development services in this area will undergo restructuring. Therefore, the job we used to refer to as ‘Salesforce Developer’, will be broken into more and more smaller categories: Administrators, Security Admins, Point-and-Click Developers, Apex Developers, Integration Developers, AppExchange Application Developers, Lightning and Visualforce Developers, Data Exchange Engineers, etc. Let alone the fact that the jobs of Salesforce developers have already been divided by business domains--finance, insurance, manufacturing, healthcare, etc. With time, this division will only go further, and thus, require development software vendors to provide more specific and task-oriented development means. But let’s not focus on this at the moment. So far, to increase the developer’s productivity, you need to select the most appropriate and clear-cut tools that would match the particular technological tasks.

Some of the Criteria to Draw On:

The application or a tool you want to choose should be constantly updated. If you notice that the app was updated about a year ago, and no major releases have been announced by the vendor, you might want to search some more. Look for apps that are kept “alive” by frequent updates. This is especially important for Salesforce development, as Salesforce itself has 3 new releases a year, each adding a considerable amount of new features to the pool of functionality. If the IDE creators do not pay attention to several Salesforce releases, even the most widely acknowledged top-selling products that are packed with features may give ground to a simpler, yet up-to-date application.

This criterion somewhat derives from the previous one, as apart from frequent updates being released, they also need to be well-supported by the vendor’s team members. Therefore, we suggest that you do some research on the availability of customer support. Check their forum or blog and see how fast user questions and queries get addressed and resolved. Although all of this may sound trivial, but having analyzed this information, you can see the way a company treats its users, as well as figure out if the company is interested in the users’ opinions. Chances are, the vendor that actually cares, will appreciate users’ opinions and suggestions, and will implement them in their releases, which increases your chances to find exactly what you are looking for.

To analyze functional completeness, you first have to figure out which developer roles you have, and which tools are essential for your team to perform them. Although seemingly simple, in reality it may be harder than you think. Here at Softheme, we did a detailed breakdown on the technical tasks handled by our developers, so that we could have a strong understanding of the standard technological chains of tasks they typically have to deal with. These include: metadata definition, security tuning, Apex coding, Visualforce coding, Apex/Visualforce debugging, Lightning coding, Lightning debugging, general web front end development, data manipulation, etc. Depending on the peculiarities of the project, these can be combined in several ways, and hence require various toolsets:

This imposes an extra level of responsibility onto managers, who now have to analyze the specifics of the work to make the right decision concerning the software that needs to be used. A few years back at Softheme, we struggled with finding a good app. None of the available tools matched our requirements--although our requirements might have been set too high, let’s admit this. That is why we decided to create our own tool--The Welkin Suite IDE. As a result, we got exactly what we needed--and you may too if you give it a try.

This is one of the fundamental aspects of the development process, so it would be most unwise to leave it out. Take a look at the futuristic truck cockpits we have today. Automotive companies pay gargantuan amounts of money to make sure these cockpits are created in accordance with every ergonomic aspect. It is obvious to everybody that a truck driver’s comfort not only contributes to the high productivity of their work--it is actually directly linked to the safety of all the people on the road the truck driver encounters. Even though in development people’s lives are not directly endangered by the lack of comfort, still, working without it you risk missing deadlines, losing contracts, and you put your reputation at stake.

Even the most feature-rich and comfortable IDE may be disregarded by the team simply because it is too slow. While you can tolerate the project opening too slowly, or the build process not going fast enough, when the code completion tooltip appears with a delay of about a second--it may become frustrating for even the most tranquil team members that you have. In development, we always hear “Faster, faster, faster!” If some process cannot be sped up, it should be run in the background, in parallel streams. Save your developers’ time and don’t let them waste half of their day observing the spectacular scene of some progress bar that’s not moving!

Of course, it matters greatly, and you have to consider it no matter what. However, we have a small suggestion to make--don’t try to cut down on your expenses related to the development tools. Even the most expensive IDE will ultimately turn out cheaper than a single month of unproductive work, for both experienced developers and newbies.