The newly released 0.26.12 version of TWS is already available. This time, we focused on making your working process with The Welkin Suite more neat and efficient. Our team was working on the improvements and corrections in the IDE. This new version includes a lot of changes related to the custom folder structure synchronization, the build process, work with test results and static resources as well as improvements in UI, and other minor changes and bugfixes. Let's go through them in more detail.

Among a lot of fixes in the newly released version, we added several useful things for making your working process more comfortable.

First of all, it is the ability to get the details of the errors during the pull process. 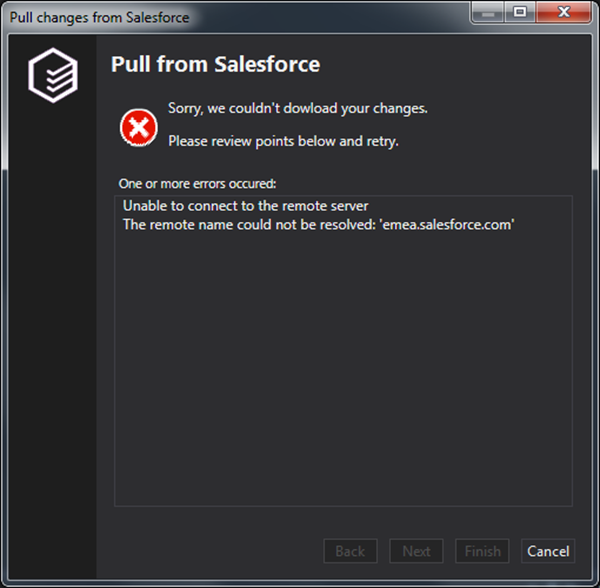 The next improvement in TWS is the information on the reason behind the failed Build process due to timeout. This applies to very big projects, or if Salesforce doesn't respond to the IDE for a long time.

In the previous release, we introduced the new feature—the synchronization of the custom folder structure. In this version, we implemented some changes related to this feature:

A lot of work was dedicated to the Build process issues. All of the reasons of the failed build without errors our team was aware of are fixed. Now you will get messages in the Error list or in the Output panel highlighting the reason your Build failed.

The particular case was reported to us by our users when the build failed in the TWS, but all changes were successfully pushed to Salesforce. This was solved by using the Metadata API instead of the Tolling API for the building of Apex pages and Apex components in some cases.

One more issue related to the work with test results was fixed. If there are test methods with the same name in different test classes, they can have the same glyphs regardless of the result. Now all the result glyphs are displayed correctly.

This time, we have improved the work with the Static resources. When moving some file from the Static resource folder, you could have faced the issue when the file being moved was added to the list in the Pending changes panel. Our team solved this in the 0.2x.xx version of the IDE.

Another issue was caused by deleting a Static resource from the hard drive. The Build process was failing after this, and now it is fixed.

You are no longer allowed to rename these files starting from this version of TWS - as these changes were not reflected in the actual zip files, thus leading to further failures of build and / or pull processes.

In the previous version of the IDE, we released the feature that allows making folder structure unchanged in your file system. In the current version, our team has solved the issue related to the moving of files between different projects with Local History panel being visible.

The newest version of The Welkin Suite includes another fix related to the operational capability of the IDE. In the previous version, if you tried to download logs from the project, in which the credentials are changed or expired, the Welkin Suite crashed. Now, in this case, you will get the message that the operation is impossible due to expired or changed credentials, and the downloading of the logs will be stopped.

Additionally, the 0.26.12 version of The Welkin Suite includes several fixes related to the failed Pull process.

Our team has made some changes in the ApexDoc Generator in the IDE, so now you can use the ApexDoc functionality for methods which return 'Boolean' and 'Map' type also.

Creation of a file

There were rare issues of the incorrect canceling for the file creation process. For example, if you use the 'Cancel' button at the last step in the 'New Item' wizard. In that case, the file wasn't created in TWS project but was already added to the organization on Salesforce. The reason for such behavior was that this file was already created on the org. Beginning from the 0.26.12 version, the revoking the creation process after a file was added will not be possible.

In order to enhance your user experience, we made small but handy changes in the interface of The Welkin Suite. First of all, our team fixed the issues related to displaying elements of the interface: added a scroll bar in the dialog window with updates during the pull process, if not all the results are visible. In addition, now the filter in the 'Run Test' wizard isn't case-sensitive. And the last one—the styles for the links in the 'About The Welkin Suite' window became more comfortable for reading. 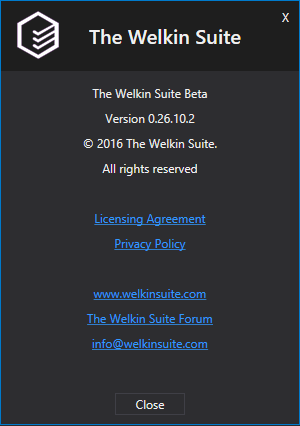 Our team has started to investigate one of the most expected features—The Welkin Suite's Retrospective Debugger. Keep in touch with us, and you will be the first who will meet this new exciting feature of The Welkin Suite!

Become a part of our community and bring your Force.com development to a new level! DownloadThe Welkin Suite IDE, explore its features, and give us your feedback!